NASHVILLE,  Tennessee – Even though Juna and Joey Defeo are just 16 and 19 years old, they have been singing together for quite a while. They got their affinity for music from their grandparents. Their paternal grandfather was an opera singer in Italy and their maternal grandfather was in a country band who played “pretty much anything with strings.”

Joey Defeo quipped, “Our parents just sing in the shower so it kind of skipped a generation.” 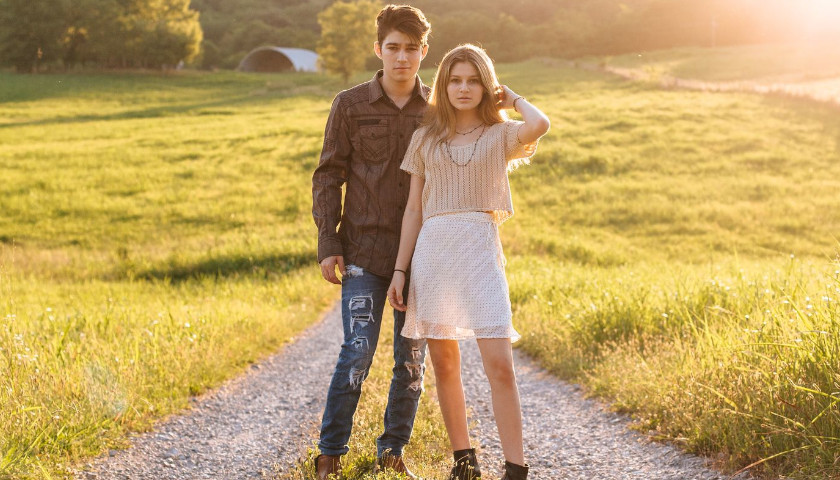 Juna Defeo started singing at age three or four and started taking piano as well. Joey Defeo, on the other hand, was 100% into sports.

He stated, “I played baseball, basketball, football, and soccer. I had no intention of doing music.”

One day he was listening to his sisters’ voice lesson and started humming. The teacher asked, “Do you sing?”  “Nah,” replied Joey Defeo, ‘I play sports.”

Eventually, he did take music lessons. The Defeos and a couple of other kids they met at a “School of Rock” program where they initially formed a rock band and covered songs by Led Zeppelin and Blondie. They did that for a year before breaking off and forming the pop-country duo that they are today.

Juna Defeo and Joey Defeo realize that brother and sister duos are rare, but they are trying to promote sibling harmony.

“It’s kind of unique to sing and play with your sibling and you can practice all the time,” Joey Defeo said.